Search and apply for jobs with us.

Provide a commendation or complaint for an employee.

Last week, we were excited to host Crisis Intervention Team (CIT) Training. This course prepares law enforcement officers with the skills to assist people with mental illness, substance abuse, developmental disorders or other brain disorders who are in crisis. By doing so, we can advance public safety and reduce the stigma. This course is an intensive, 40-hour, curriculum with both classroom instruction and practical exercises. 💙💙💙 #themoreyouknow #themoreyouknowthemoreyougrow #reducethestigma #crisisintervention ... See MoreSee Less

Thank you, Lee's Chinese, for the delicious lunch today! You are always so good to us and we appreciate you! ... See MoreSee Less

These guys and gal would like to thank Integrity BJJ & Fitness for the fabulous training session! Integrity trains using Brazilian Jiu Jitsu which promotes great self defense, strength, fitness, and strategic thinking! This training is used by members of the US Military, MMA fighters and law enforcement personnel across the country. Thank you, Coach Kyle Cammarano, for your hard work! ... See MoreSee Less

We would like to welcome two new officers to CPD! Both are already experienced and certified officers. Jones will be joining our COPS (Community Outreach Police Services) Unit and Thompson will be working a patrol shift. They look forward to finishing training and hitting the streets! Congratulations, Officer Jones and Officer Thompson! 💙💙💙 ... See MoreSee Less 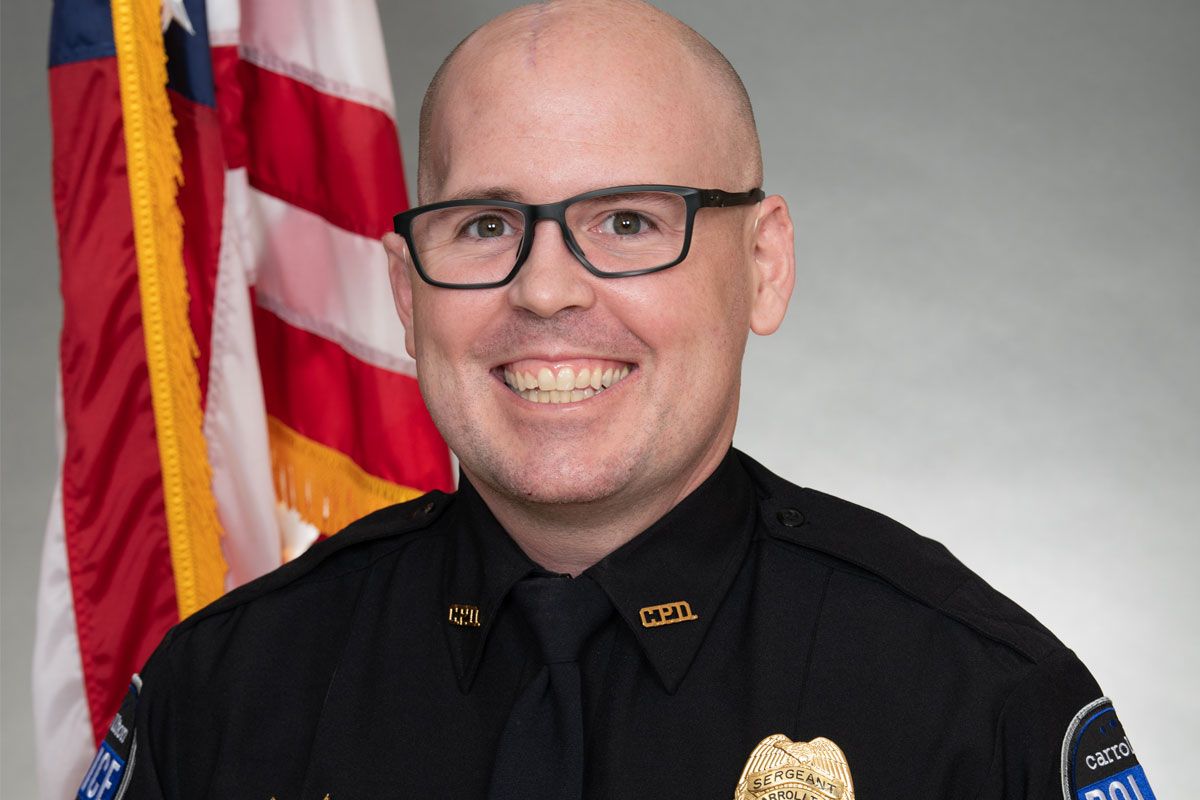 Rob Holloway honored by Point Blank Body Armor for his bravery and dedication to his department and his community.

The earliest documented Chief of Police of Carrollton was Benjamin H Crider in 1896.  In 1900, he was shot and killed in the line of duty.  During that time, Carrollton’s population was between 300-400 citizens. Since Crider’s death, Carrollton has employed 20 police chiefs.  Currently, the Carrollton Police Department, under the direction of Chief Joel Richards, serves a population of approximately 28,000 residents (excluding the campus at the University of West Georgia) and a daytime population of about 60,000 in a 23 square mile area.  In 1999, the Carrollton Police Department became a state certified law enforcement agency.

GET IN TOUCH WITH US